Skip to content
Home > How Much Does a Firefighter Make?

How Much Does a Firefighter Make? 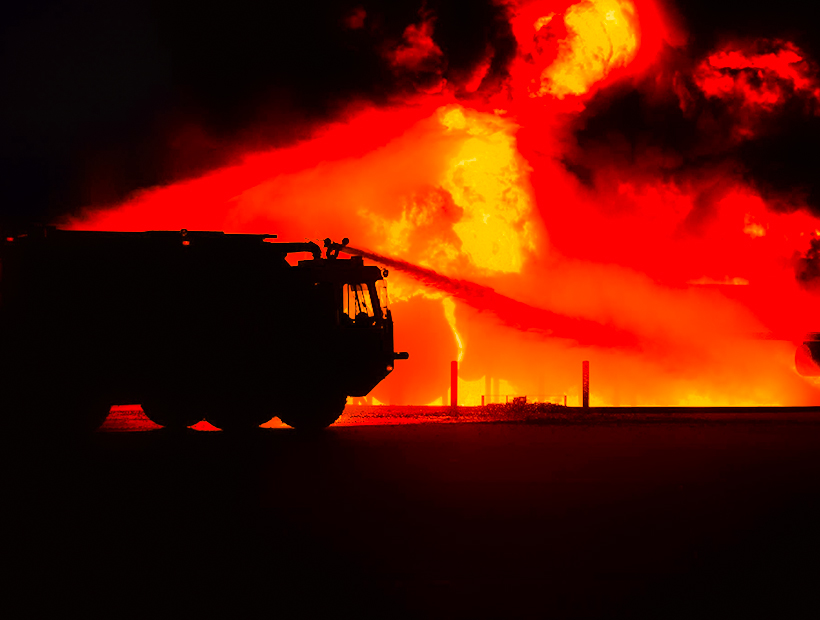 The Base Salary of a Firefighter is Just the Beginning

Becoming a firefighter can be one of the most rewarding career paths one can choose. While there are many factors to consider when deciding on an occupation, the base pay or average salary is essential in the selection process. If you are interested in a career as a firefighter, it is important to know how your annual salary can grow and how you can maximize that potential.

What kind of pay can a firefighter expect?

According to the Bureau of Labor Statistics, the national average salary for a firefighter is about $50,850. Of course, as with most occupations, you will make less to start, but there are usually a few increases in pay that happen fairly quickly in the fire service. The first is the bump in income you can expect once you complete the fire academy and become a certified firefighter. This process can vary greatly depending on the type of fire department you work for and often requires passing a firefighter exam.

Some agencies have an internal fire academy and pay new employees, often known as firefighter recruits, during their training. In other places, usually mid and smaller fire departments, you may have to complete the academy on your own. Even if you are fortunate to have been hired and are being paid during this period, you will probably be attending training with those who may work for other agencies or are not yet employed. Regardless, a slight increase in your average annual salary usually comes with completing this initial training.

After certification, you are no longer considered a firefighter recruit. For your first year or so, you will bear the title of probationary firefighter. During this period, the fire chief, deputy chief, and other fire officers will be evaluating your performance to determine if you have the mettle for the demands of firefighting. At the end of a successful probationary period, you can usually expect another salary increase and start looking for other opportunities for career growth.

The Average Annual Salary in the Fire Service Varies Greatly

Fire departments throughout the United States range from just a few volunteer firefighters to over ten thousand members in the largest agency in the country. Firerescue1.com reported that the lowest 10% of firefighters earned less than $25,240 while the highest 10 percent earned more than $111,550.  They went on to note seven of the top 10 highest-paying metropolitan areas are in California, with salaries ranging from $80,470 to $111,550, with additional high-paying areas including Washington, Oregon, New York, and New Jersey.

The type of agency also plays a role in the salary a firefighter can expect to earn. Most fire departments fall under the jurisdiction of a city or county. Usually, when tabulating the national average salary for a firefighter, the pay range of these municipal and county departments produces the final figure. By far, most job seekers in the fire service find their career path in these local agencies.

The fire service, however, is vast and also has many specialty organizations whose members are counted among the country’s professional firefighters. A forest firefighter, for example, might be employed by a state or federal fire department. These wildland firefighters are often deployed for several weeks and are frequently featured in news stores that involve fires spanning thousands of acres. While the median hourly wage for wildland firefighters is usually slightly lower than those employed by a municipal fire department, the volume of available overtime and retirement benefits can help equalize the difference.

Another type of state-level agency within the fire service includes those employed as arson investigators. Sometimes duel-certified as police officers, these investigators specialize in the unique forensic science of determining the cause of a fire, if it was started intentionally, and who is responsible for the damage. While many local fire departments also utilize arson investigators, some smaller and mid-size agencies rely on the state fire marshal’s office to assist in this unique aspect of the fire service.

Firefighting Specialties that can Increase the Average Annual Salary

Many fire departments require certification as an emergency medical technician (EMT) as a condition of employment. While the title of the advanced version of an EMT can differ from state to state, the term paramedic, sometimes called an EMT 2 or EMTP, is typical in the fire service. The paramedic salary is higher than that of a firefighter without such certification and can therefore increase the average pay and retirement benefits.

Other specialty jobs within a fire department also tend to come with a pay increase and can boost a firefighter’s base salary. It is essential to keep in mind that not all agencies have each of these opportunities, and they tend to be found in more abundance within medium and large fire departments. Once you are no longer a probationary firefighter, you can usually begin seeking an assignment in one or more of these unique positions:

Hazardous Materials Team – This unit is responsible for dealing with the dangers of chemical exposure or other hazards beyond traditional firefighting. Dealing with hazardous materials requires special protective equipment and advanced training.

Dive Team – Nearly every jurisdiction has bodies of water, and public safety professionals must be prepared to handle emergencies in and around those lakes, ponds, rivers, canals, etc. Fire department dive teams are activated for incidents such as victim recovery, safety inspections, and assisting police officers with the search for evidence in crimes.

Fire Inspector – The term is often used in conjunction with fire investigator, but a fire inspector plays a unique role in the fire service. While some agencies may use an inspector to investigate the cause of a fire, their primary duty falls into the category of fire prevention. Fire inspectors are responsible for examining compliance with fire and safety codes, both in facilities opened to the public and other places where employees may be exposed to the dangers of fire or hazardous materials.

Membership in these internal specialty units, and others, traditionally come with a financial incentive for those firefighters who qualify for these teams. The additional income can play a major factor in a member’s salary as they tend to be paid more than the average firefighter. Additionally, this added income might be calculated into an employee’s pension depending on individual state laws, agency rules, and retirement regulations. As a bonus of being a specialist, members of these teams are prone to increased levels of overtime, thereby further boosting their average annual salary.

Working an overtime shift in most occupations usually means about 8 hours extra in your paycheck. However, most fire departments work a 24 on, 48 off schedule. In other words, you will work for 24 hours and then have 48 hours off. A such, a complete overtime shift can be as much as triple what the rest of the working world can expect.

Overtime in the fire service does not necessarily have to be an entire shift. There are plenty of opportunities to earn extra income during your 48 hours off. As previously mentioned, if you are on a specialty team, you may be called for several hours of overtime to help search a lake with the police department or dispose of a suspicious package left at an airport. Even if you are not a member of such a team, you may be given a chance for some extra hours to cover the position of a firefighter who is on a specialty unit and has been called to a scene.

Extra duty details are common for police officers. Usually private, but sometimes public entities hire law enforcement as added security or for traffic control at an event. Many fire departments also allow their firefighters and paramedics to be utilized in this manner as well. Often they will be included in the public safety operations plans for sporting events, concert venues, county fairs, and other large gatherings.

Moving Up the Ranks

There are plenty of promotional opportunities within the fire service, which naturally include a salary increase. While not everyone will become a fire chief, many firefighters will find their career and subsequent retirement income elevated through the promotional process. Lieutenants in the fire service usually manage a single-engine company and are supervised by a fire captain. Depending on the agency’s size, a fire captain may have several stations under her or her area of responsibility and will likely answer to a battalion chief or deputy chief. These promotions may involve a written exam and interview and should not be expected to come automatically.

Ultimately, the fire service varies far beyond the national average salary. Be sure to consider the many factors involved when choosing an agency to seek employment as a firefighter. 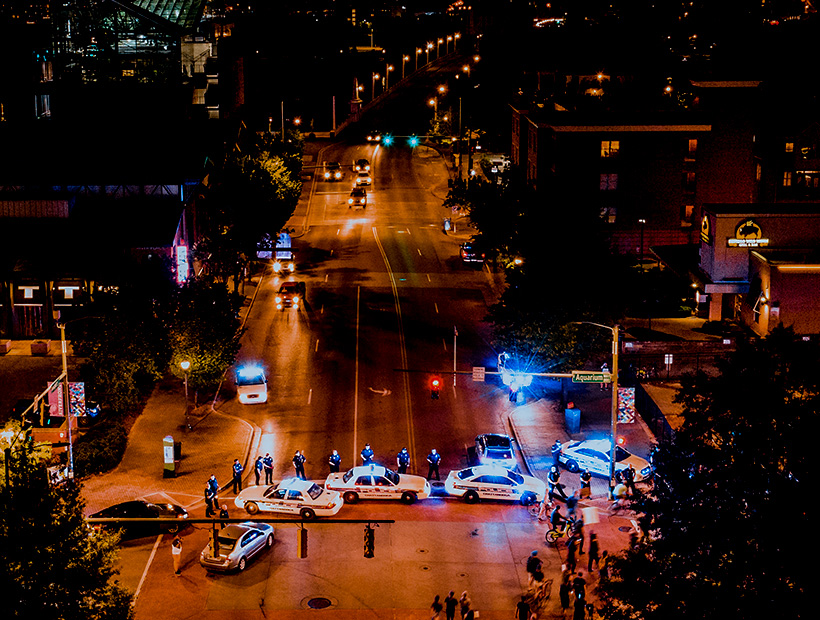 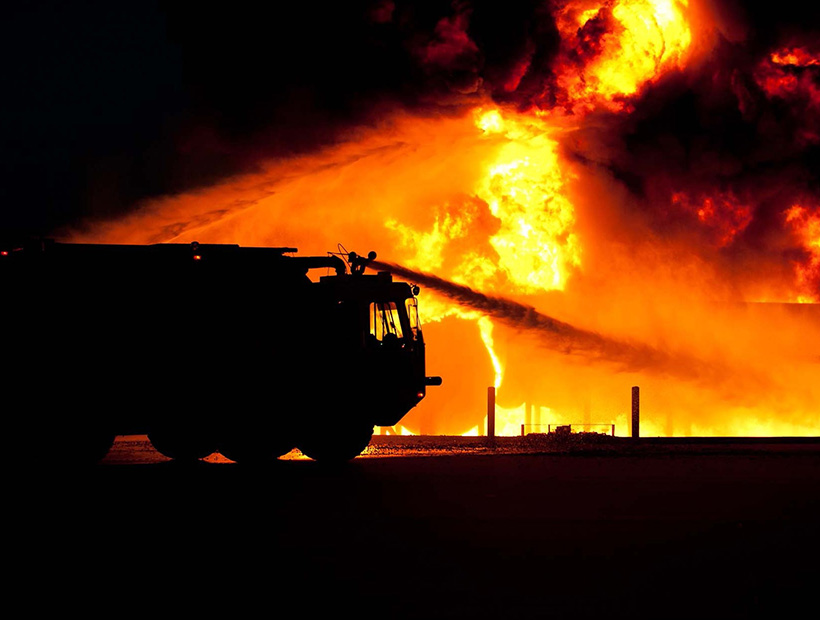 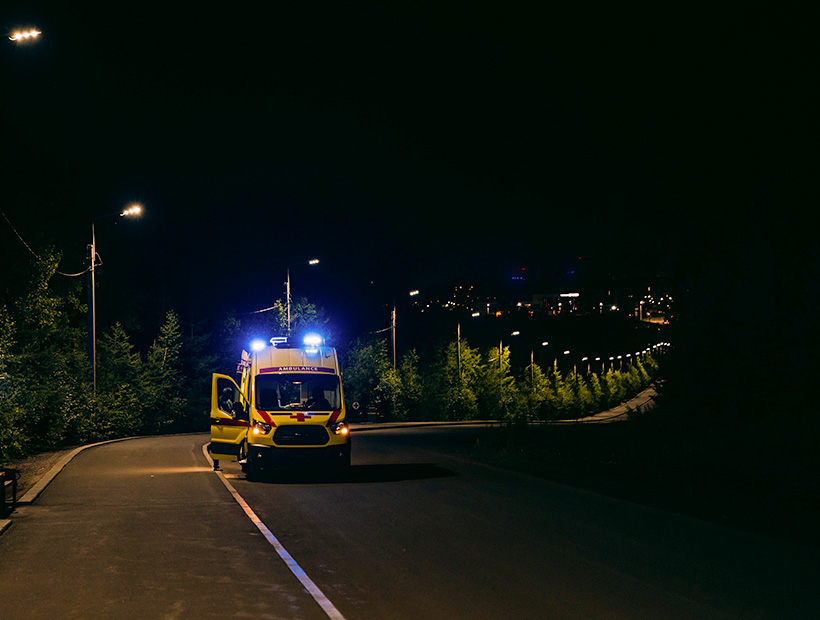 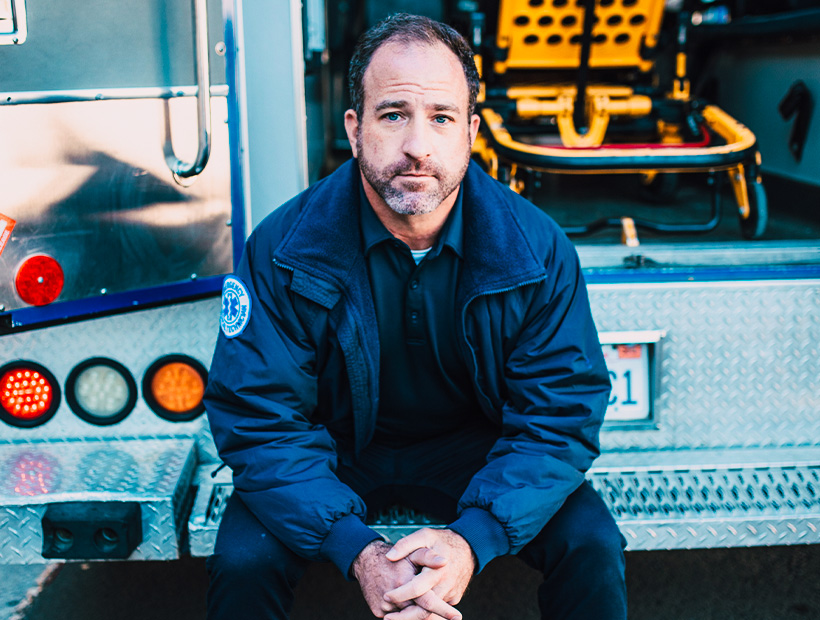 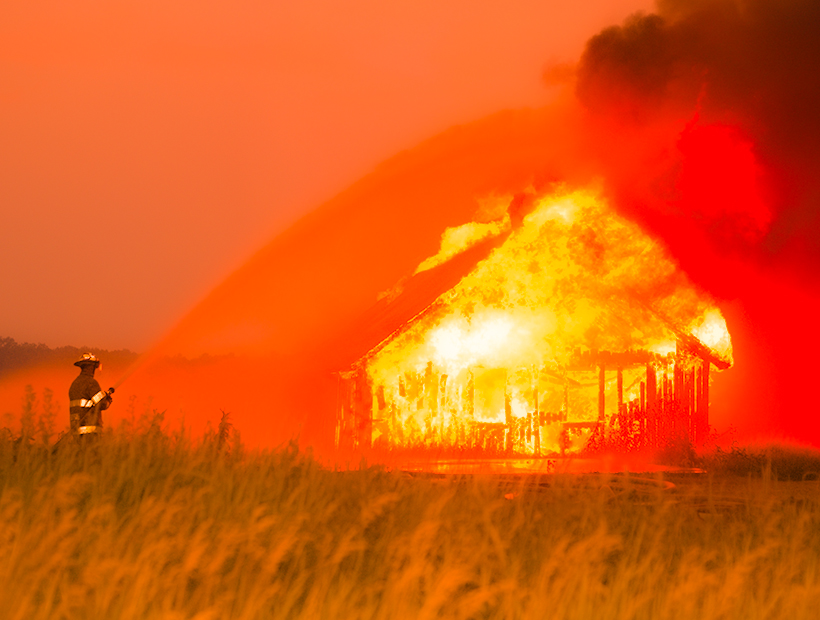 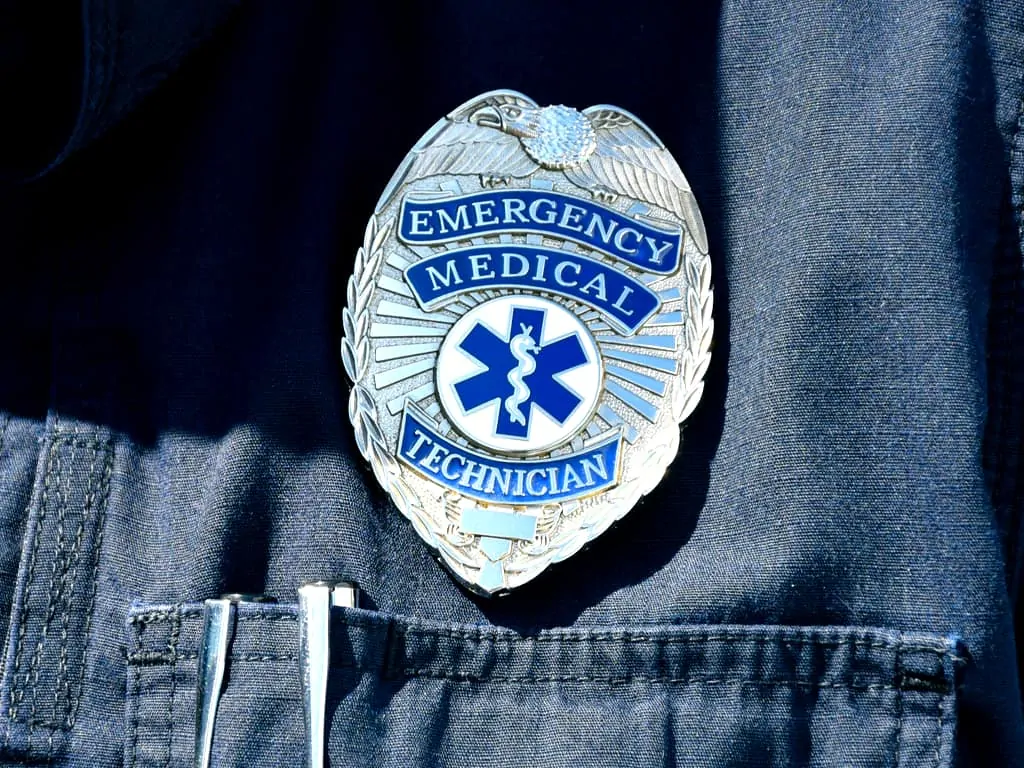 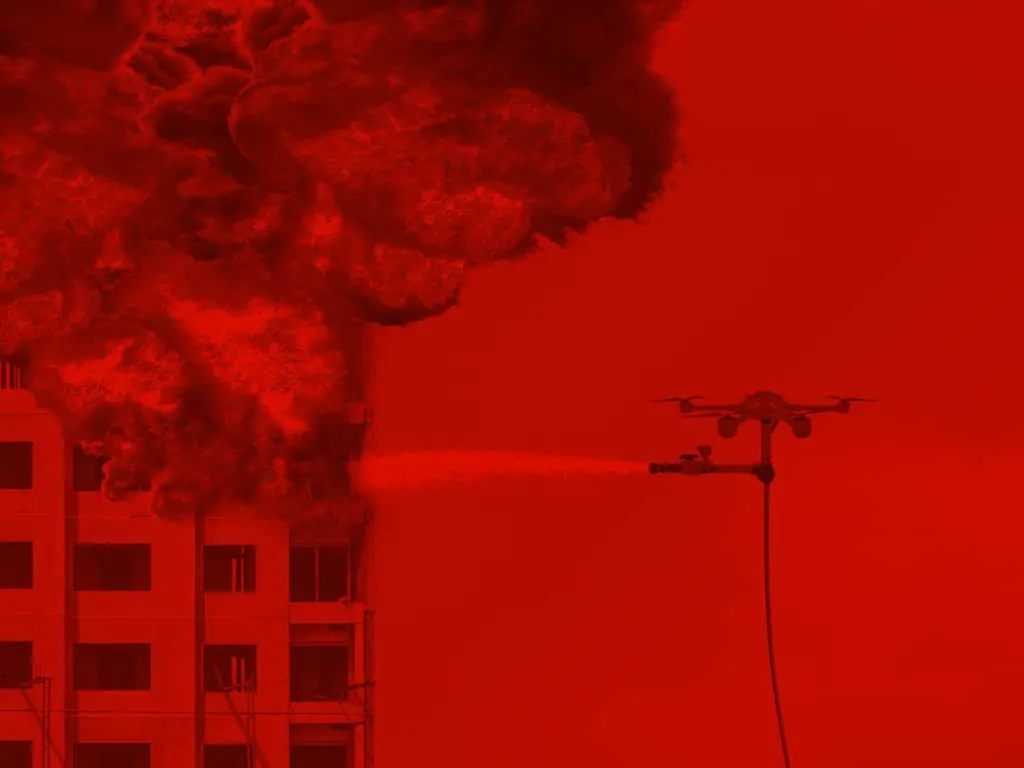 Join to get product news and industry insights.

We use cookies on our website to give you the most relevant experience by remembering your preferences and repeat visits. By clicking “Accept”, you consent to the use of ALL the cookies.
Do not sell my personal information.
Cookie SettingsAccept
Manage consent

This website uses cookies to improve your experience while you navigate through the website. Out of these, the cookies that are categorized as necessary are stored on your browser as they are essential for the working of basic functionalities of the website. We also use third-party cookies that help us analyze and understand how you use this website. These cookies will be stored in your browser only with your consent. You also have the option to opt-out of these cookies. But opting out of some of these cookies may affect your browsing experience.
Necessary Always Enabled
Necessary cookies are absolutely essential for the website to function properly. These cookies ensure basic functionalities and security features of the website, anonymously.
Functional
Functional cookies help to perform certain functionalities like sharing the content of the website on social media platforms, collect feedbacks, and other third-party features.
Performance
Performance cookies are used to understand and analyze the key performance indexes of the website which helps in delivering a better user experience for the visitors.
Analytics
Analytical cookies are used to understand how visitors interact with the website. These cookies help provide information on metrics the number of visitors, bounce rate, traffic source, etc.
Advertisement
Advertisement cookies are used to provide visitors with relevant ads and marketing campaigns. These cookies track visitors across websites and collect information to provide customized ads.
Others
Other uncategorized cookies are those that are being analyzed and have not been classified into a category as yet.
SAVE & ACCEPT